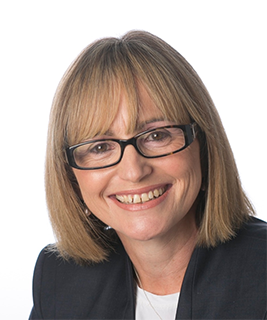 Victoria has been a vocal advocate for gender equality in the financial services sector over a number of years and was the inaugural Chair of the Women in FINSIA Committee. Victoria led the development of Finsia’s gender equality campaign, through critical industry research on attitudes to gender equality (the Gender Divide Survey) acknowledged as a key platform for driving awareness and change. With Victoria’s leadership Finsia produced the world first video series “The Lightbulb Moments”, where leaders share their personal stories on why gender diversity is a critical priority for business and founded “Bring Our Daughters to Work Day.

Victoria has worked closely with organisations like the Workplace Gender Equality Agency, Women on Boards (WOB), the Sex Discrimination Commissioner, the Male Champions of Change, the AICD and the Governance Institute on gender diversity initiatives and events.  Victoria played a key role in the campaign to retain the WGEA reporting standards on gender equality when under threat of repeal. Victoria led FINSIA’s work with WOB to develop best practice reporting guidelines on measures for gender diversity performance. Victoria also devotes significant time mentoring women in the industry.