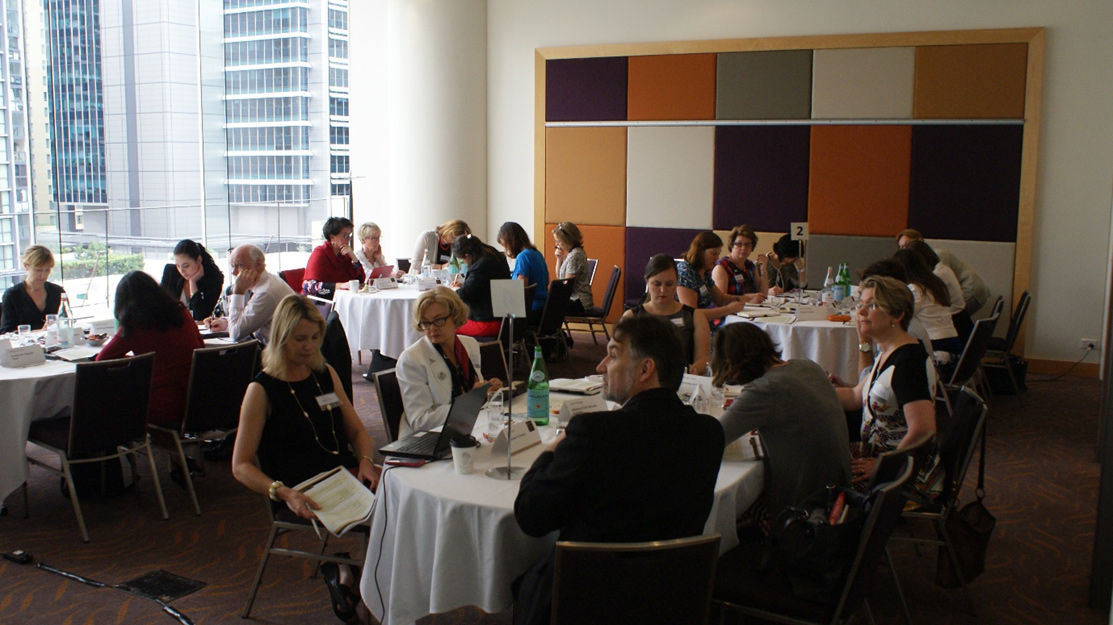 “We are an independent national voice for gender equality formed from a broad-based collaboration of National industry and member-based organisations.” – Who we are

“We will achieve gender equality in Australia.” – Vision

“We will drive a cultural shift in Australia so that women and men have the same rights and opportunities across all sectors of the community, including economic participation and decision-making, and when the different behaviours, aspirations and needs of women and men are equally valued and respected.” – Mission

These objectives would initially focus on paid and unpaid work.

The workshop concluded by asking the working group to constitute the Australian Gender Equality Council Limited, to form its inaugural board of directors and to undertake its registration as a charity with the ACNC.